Sygnity Business Solutions SA is a company that combines many years of experience with an innovative approach to IT solutions offered to customers. We have been present on the market for over 30 years. Creating our products, we always work closely with clients and partners, follow their needs as well as the changing expectations of the market, which are for us an excellent source and inspiration for innovation. We always strive for our client’s success. For many of them, we are a long-term partner supporting the development of their business. The combination of all these aspects causes that the Company has the potential to constantly introduce innovative products and systematically expand its competences to implement new projects in the field of management support solutions, e.g. ERP systems, CRM, BI, Workflow, Document Circulation, GDPR Process Management or Solutions for Library management.

What do we offer?

Quatra Max is a tool making enterprise’s management easier, no matter what is the structural organization of it. It also ensures an effective support of customer’s business processes.

Cloud services allow you to simplify your IT infrastructure, reduce maintenance costs and increase security.
We advise in choosing the most effective solutions

Information is a strategic asset of a company and should be used for its strategic management. This is done by: reporting and analysis.

We design and create mobile applications for iOS, Android and Windows. Our portfolio in this area is constantly increasing.

Flexible software created to manage the reservations of resources  in the organization. The application can be used also in your industry!

An intuitive document approval tool that can be used in any organization or industry.

Solutions for libraries under the PROLIB brand create a full scope of products addressing modern expectations of the libraries.

Integrating exceptional know-how in one company ensures the possibility of flexible solutions adjustment to the needs as well as the support of our customers in reaching their goals, among others, processes improvement and optimization, data analysis and help in undertaking strategic decisions.

Our team consists of almost 150 experts with many years’ experience who have competences in the technological area of  tools/applications and wide substantive and professional competences.

Our goal is the satisfaction of our customers as it is a guarantee of a long-term cooperation.

Our competences and awards 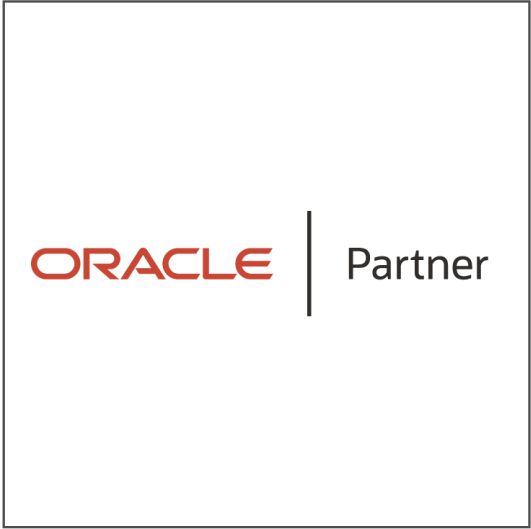 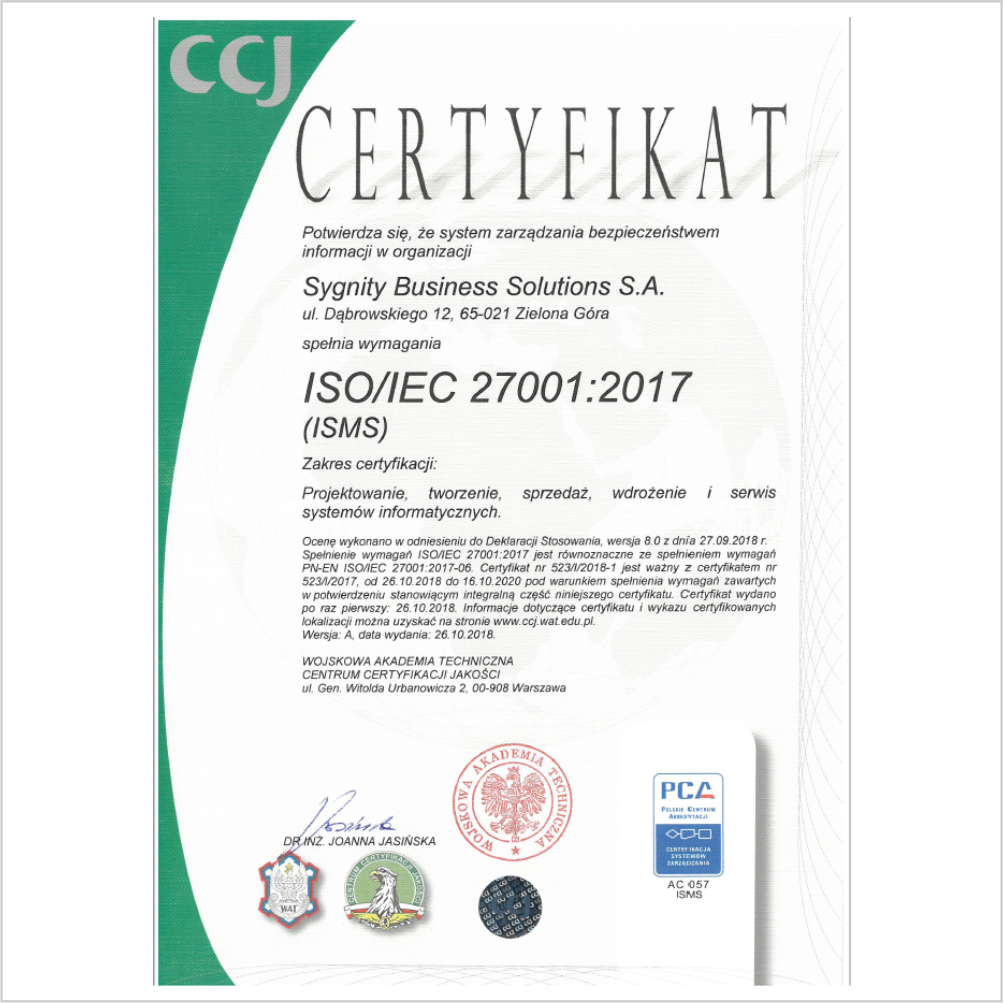 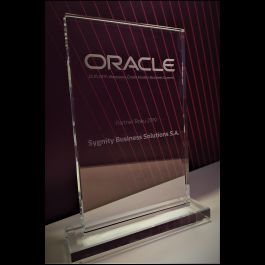 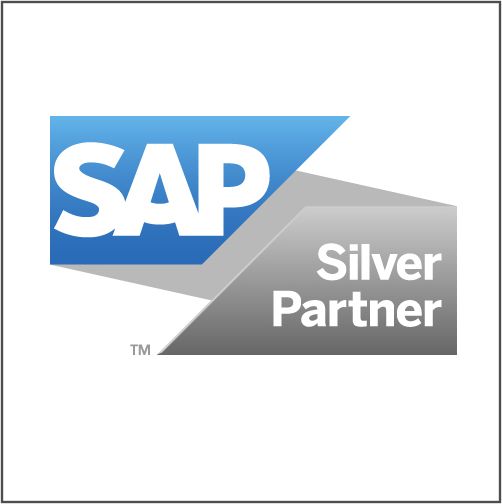 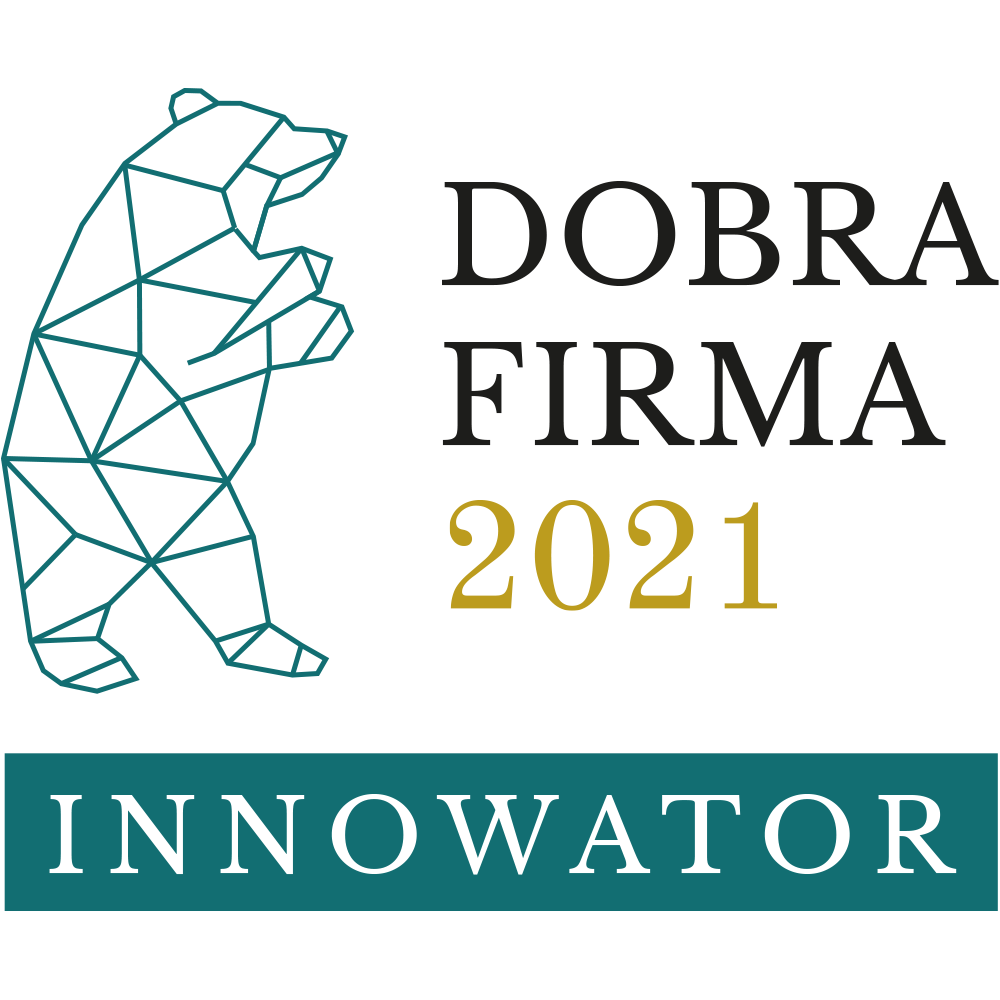 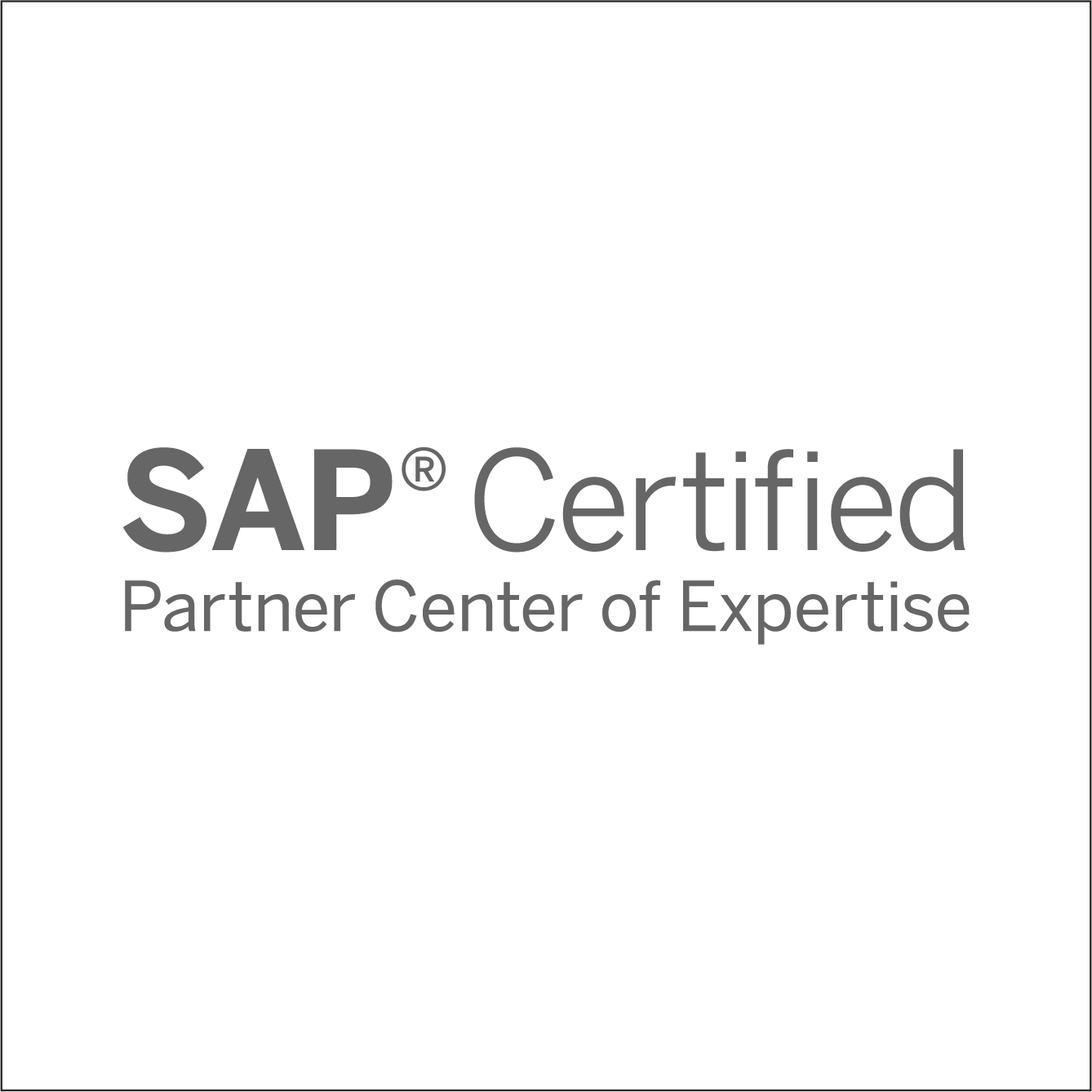 Read our latest article in the Knowledge Base

Janina Korzeniewska – President of the Management Board

Janina Korzeniewska is a graduate of the Faculty of Production Engineering at the Warsaw University of Technology, specializing in IT systems design. She has been associated with the IT industry since 1997.

She started her professional career at Apexim S.A., where in 1997-2000 she was involved in the implementation of the ERP class system – Baan IV. In 2001 she joined the Sygnity Group. At ComputerLand (today’s Sygnity S.A.), she was responsible for the implementation of the ERP Oracle EBS system and managing a team of consultants. From 2006, she dealt with building centralized competences in the field of ERP systems (Oracle EBS, SAP, MS Axapta, IFS) and BI competences. From 2012, her responsibility also included SOA solutions, and from 2014, CPM class solutions. She was responsible for the implementation of many key projects for strategic clients of Sygnity S.A. in various sectors. On July 27, 2015 she was appointed the President of the Management Board of Sygnity Business Solutions S.A. (before changing the name of Max Elektronik S.A.).

Beata Drzewicz – Member of the Management Board

Beata Drzewicz is a graduate of the Faculty of Foreign Trade at the Higher School of Commerce and Law in Warsaw (currently Łazarski University), MA studies in economics, as well as postgraduate studies in Company Law at the Faculty of Law and Administration of the University of Warsaw.

Paweł Czarnecki – Member of the Supervisory Board

He has also been a professor of St. Elisabeth University of Health Sciences and Social Work in Bratislava (since October 2012) as well as a rector of the Warsaw Management University in Warsaw (since September 2012).

In the years 2011-2017 he was connected with the Institute of International Studies and Education Humanum in Warsaw where he was the chairman of the management board. In the years 2010-2012 he was the head of the Faculty of Social Pedagogy and Theory of Education of the University of Humanities and Economics in Łódź. Earlier, he had been performing the function of a head of the Scientific Publishing House Innovatio Press and a Rector’s Proxy for the International Development and Cooperation of the University of Economics and Innovation in Lublin.

He also performed a function of the main specialist in the Ministry of Labor and Social Policy in Warsaw – Department of Women, Family and Anti-Discrimination Measures (2006/2007) as well as an assistant professor of the Psychology Department in the University of Economics and Human Sciences in Warsaw.

Mariusz Jurak – Chairman of the Supervisory Board

Mariusz Jurak graduated from the Faculty of Economics at Maria Curie-Skłodowska University in Lublin. He holds an MBA diploma from the University of Illinois in Urbana Champaign. He has completed certified training in the field of sales and IT project and programme management.

He has been connected with Sygnity S.A. from the beginning of his career. He joined ComputerLand (currently Sygnity S.A.) in 2001. For almost 16 years he has been responsible for implementing projects, expanding the product portfolio and building relationships with key clients from the Banking and Financial Sector. Over the past 5 years, he has held key positions in Sygnity. As Banking and Finance Managing Director, he was responsible for implementing the biggest projects for strategic clients in Sygnity’s Banking and Financial sector.

From 26 November 2019 he has been the Chairman of the Supervisory Board of Sygnity Business Solutions S.A.

He is an experienced manager who significantly contributed to the market position and development of the Banking and Financial Sector of the company.

Inga Jędrzejewska – Vice-Chairman of the Supervisory Board

Inga Jędrzejewska graduated from the SGH Warsaw School of Economics with degrees in Finance and Banking as well as in Management and Marketing. She is also a licensed Tax Advisor, an ACCA member and an author of numerous articles in the trade press (Tax Review, Rzeczpospolita).

She has many years of professional experience in the field of finance. She spent 9 years building her professional career in Deloittes. For the past 8 years, she has been associated with Sygnity. Inga managed Sygnity ‘s Financial Office. In this role, (July 2017 to April 2018), she was a key member in negotiating restructuring agreements with banks, bondholders and Microsoft. Since May 2018, as a Financial Director, she has been responsible for the Financial Division and Administration Department of the Company.

On 25th March 2019, she was appointed to the Management Board, as Chief Financial Officer of Sygnity S.A.

TSS – a strategic investor in the Sygnity S.A. Capital Group 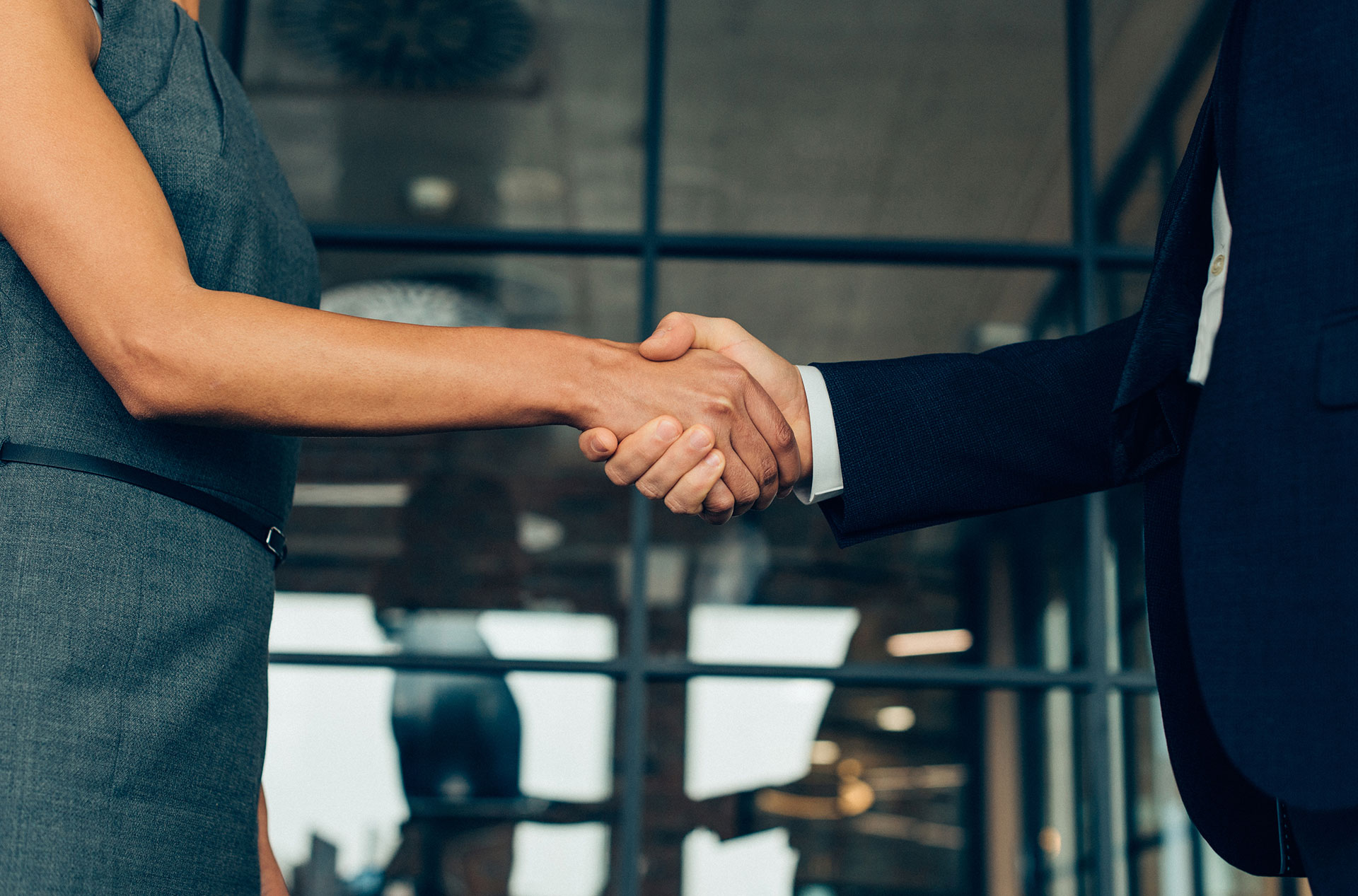 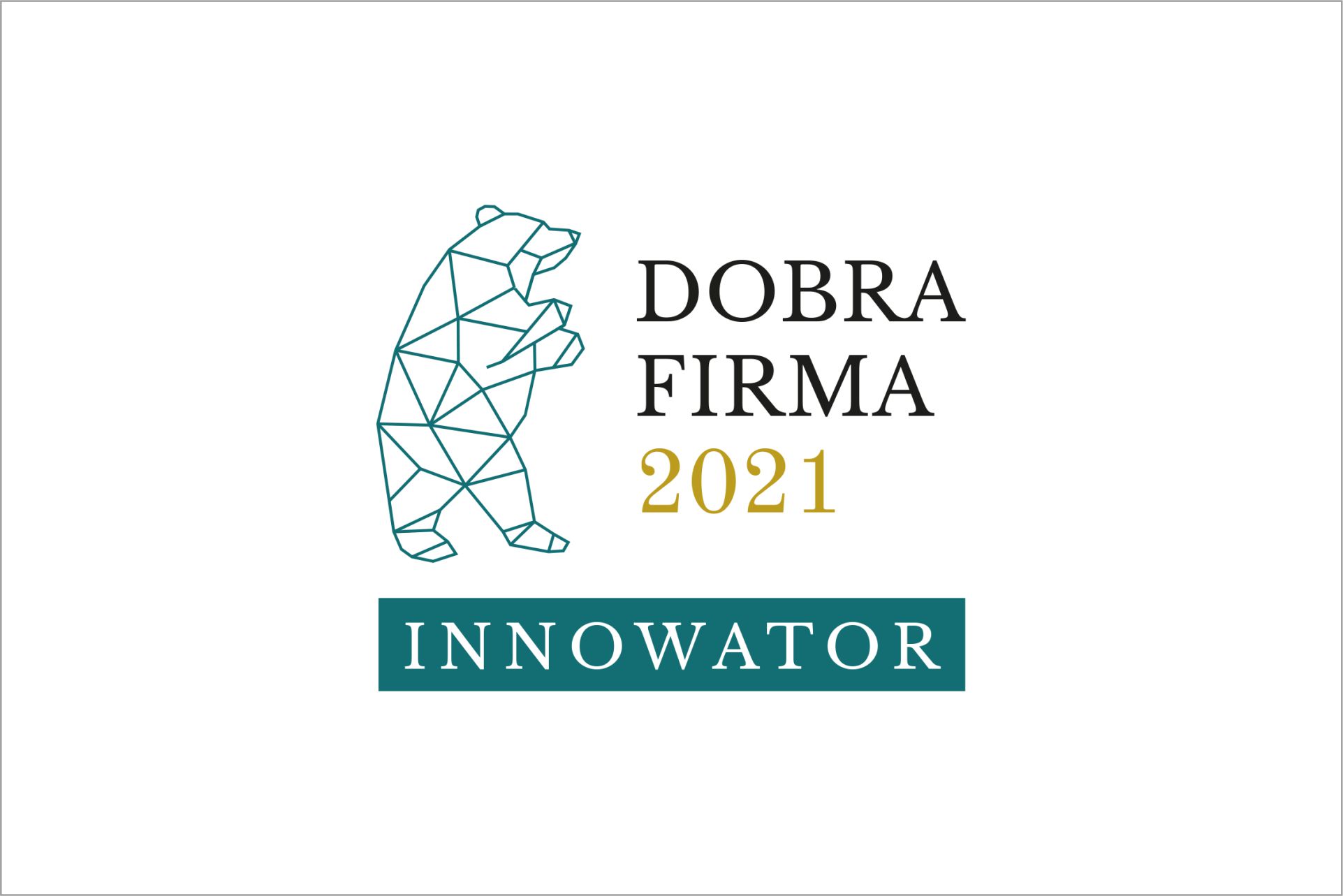 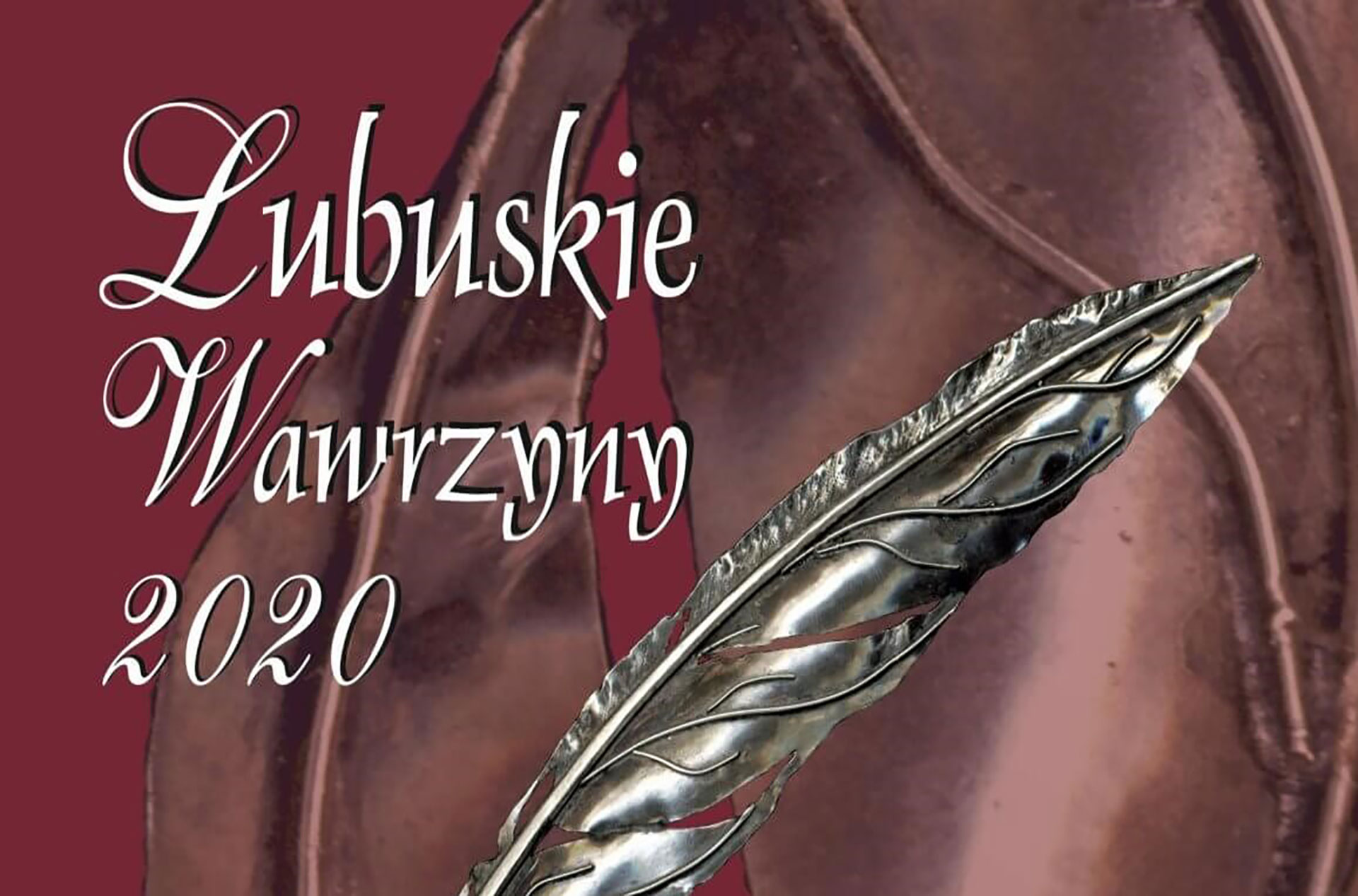 SYGNITY BUSINESS SOLUTIONS IS A SPONSOR OF THE LUBUSKIE WAWRZYNY 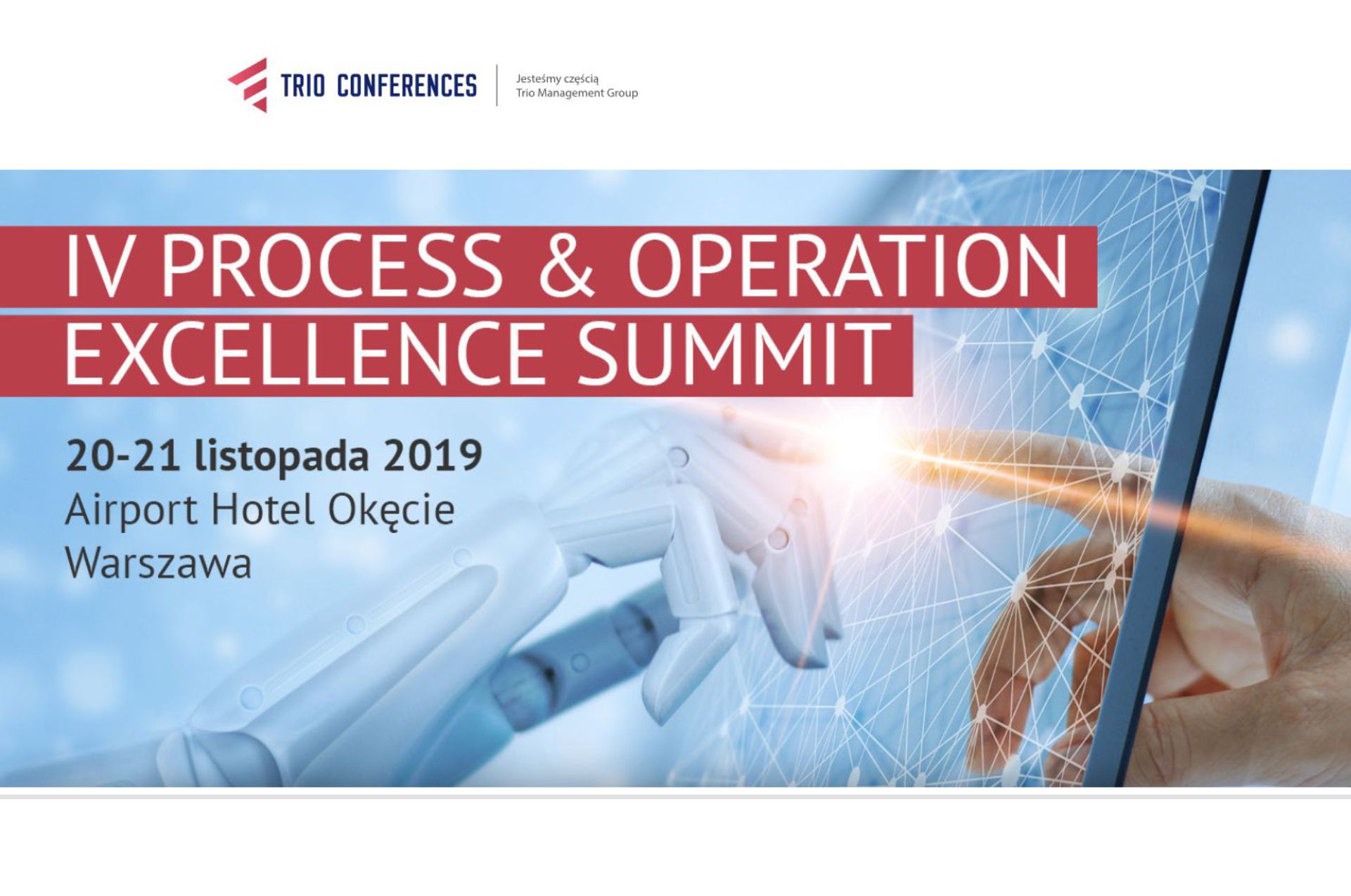 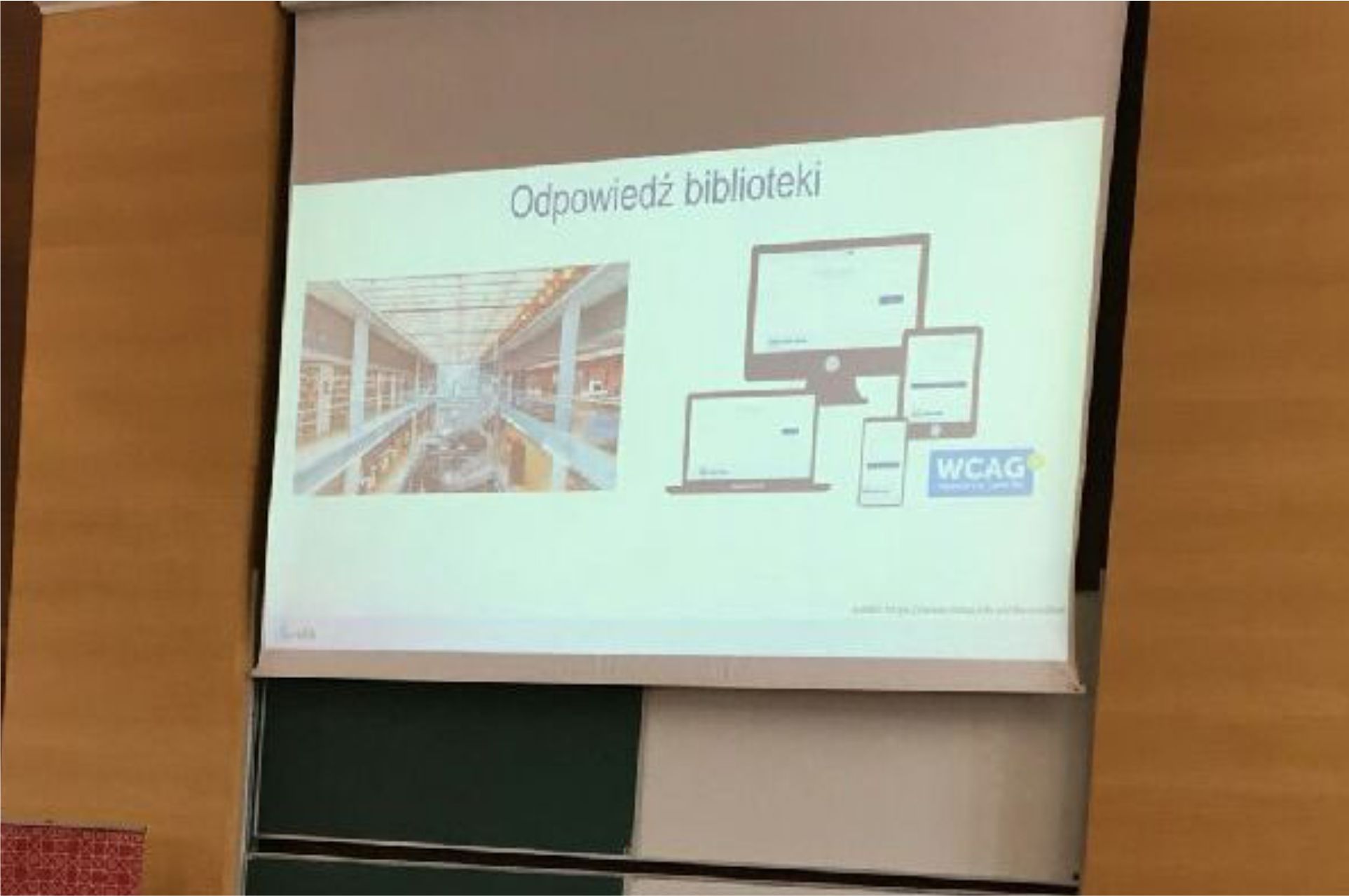 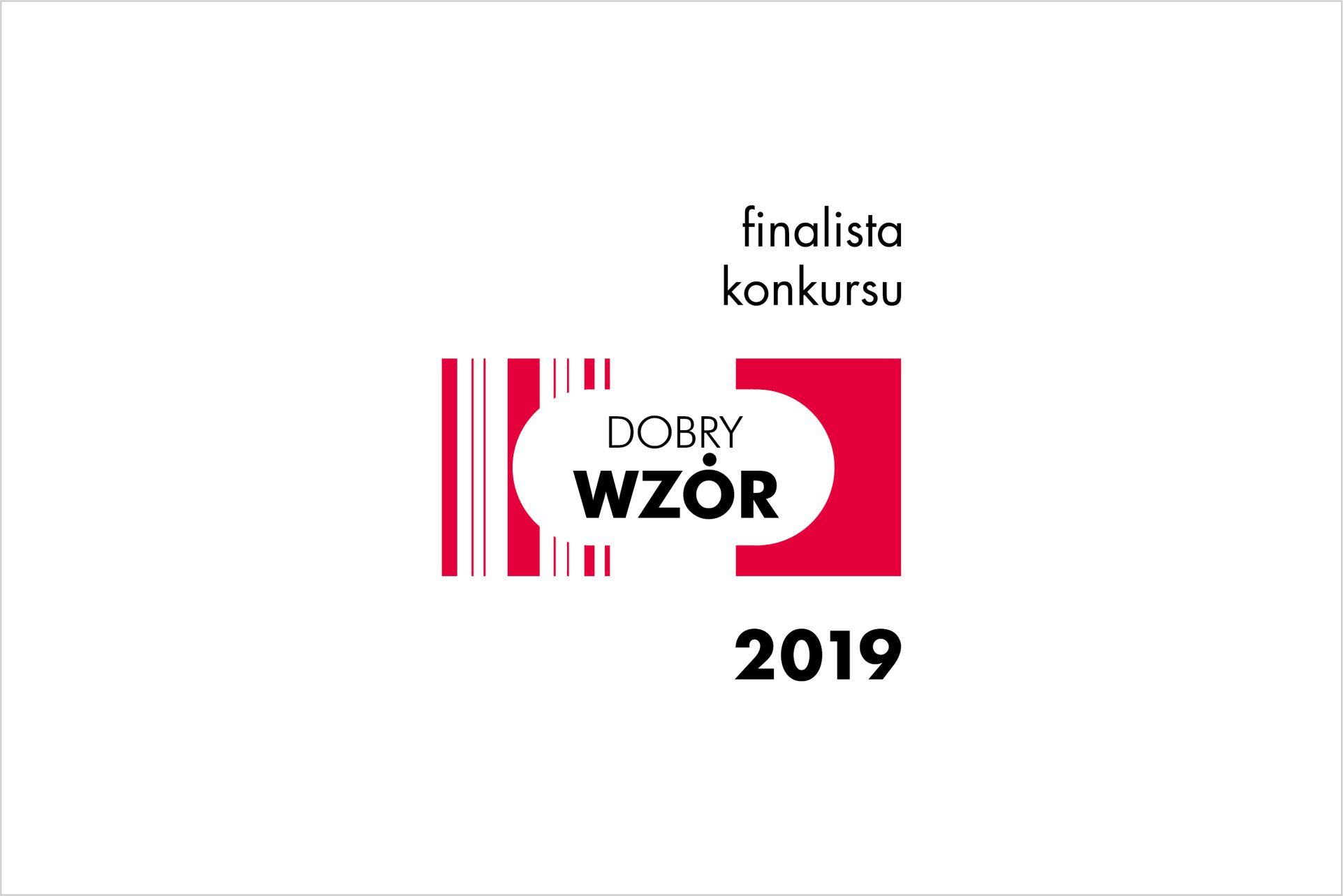 mProlib with the title of the Finalist of the Good Design 2019 competition! 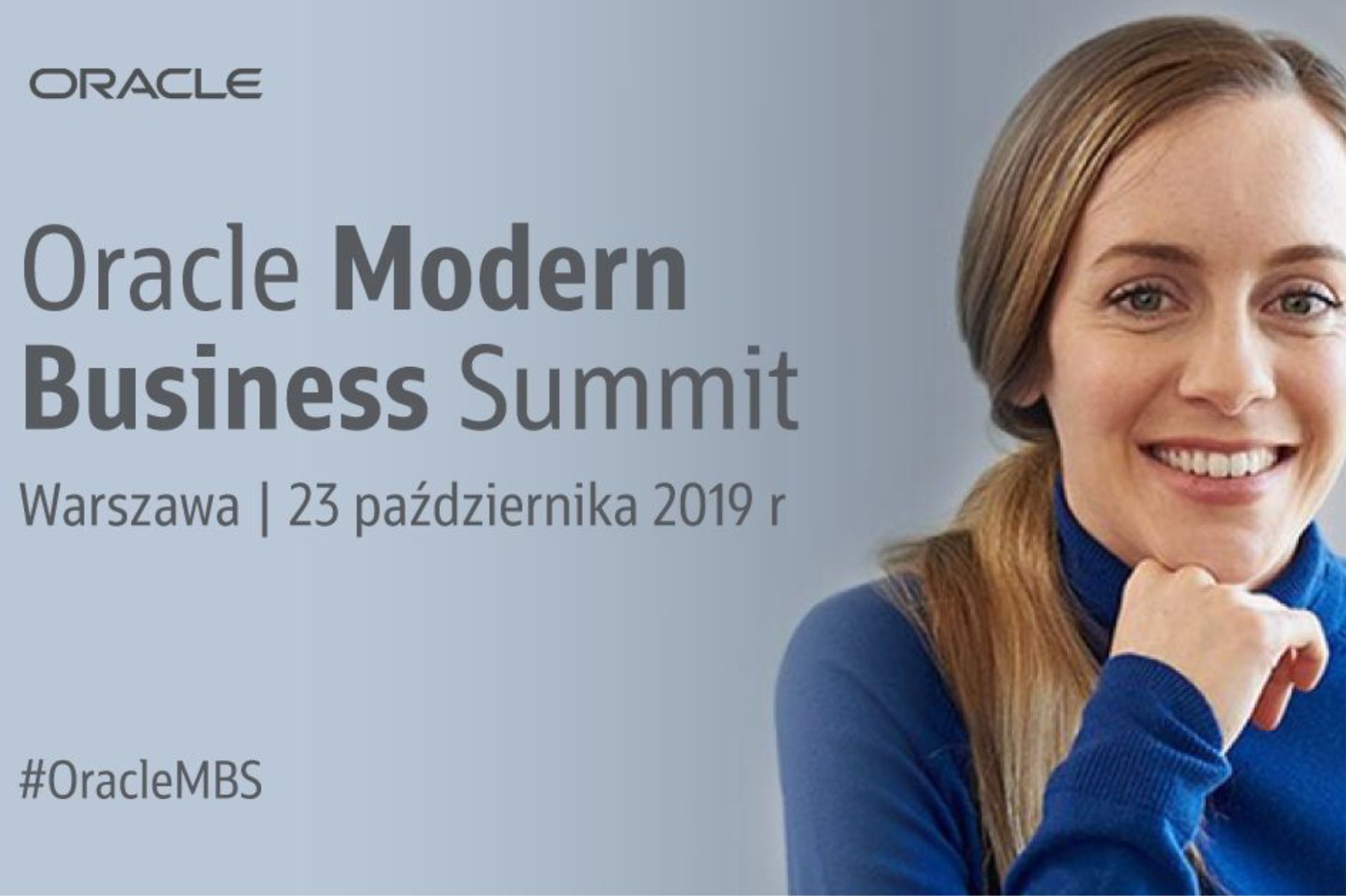 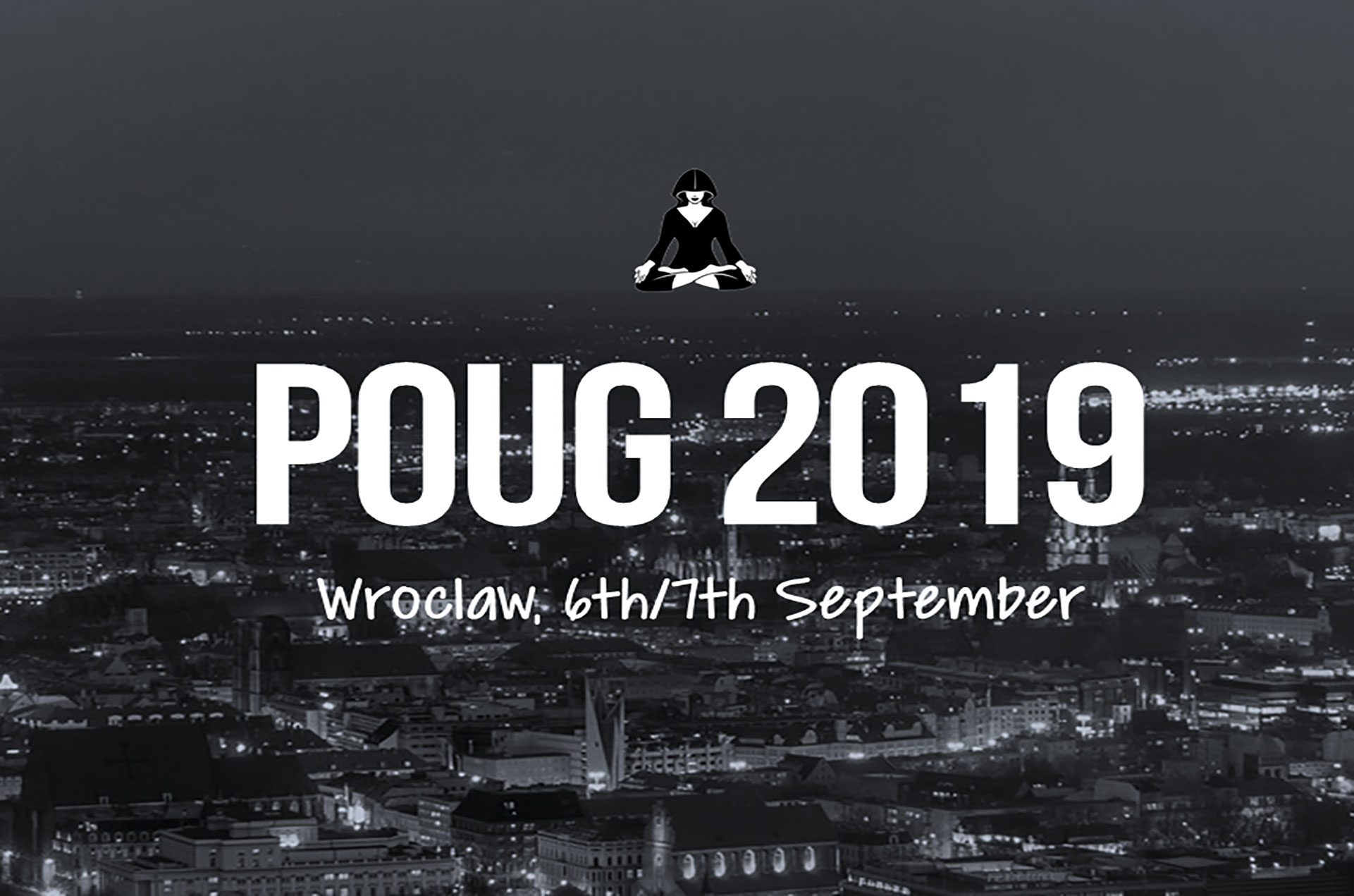